why we need your help

Every Dog Matters (EU) was created and is managed by WPX.net to free tens of thousands of dogs in Eastern Europe from miserable “life  sentences” in tiny caged shelters like these below – places where everything these wonderful dogs need for a healthy life is denied to them (love, exercise, companionship, play, social activity, proper medical care, quality food): 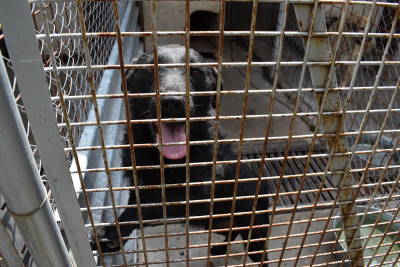 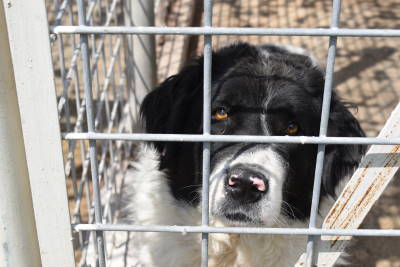 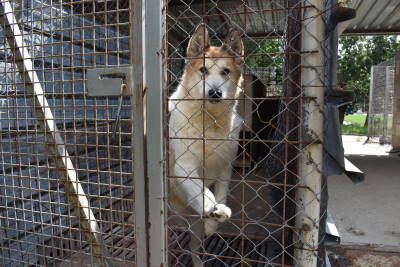 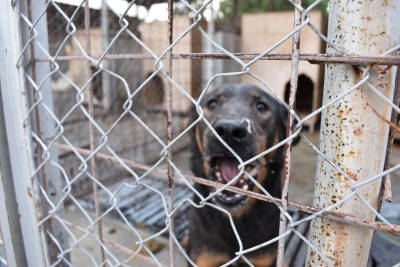 We currently find loving forever homes in Germany and the Netherlands for about 1,000 dogs like these each year but with your help, we can free many thousands more. You can read about the full range of our animal welfare projects below including our daily care of 500+ homeless, shelter and disabled dogs and cats. From 2021 onwards, we will also being rescuing donkeys and horses from horrific cruelty here too.

our current PROJECTS IN EASTERN EUROPE 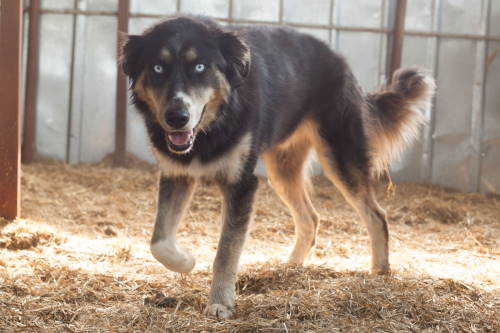 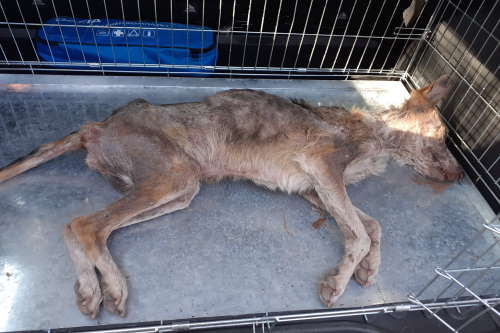 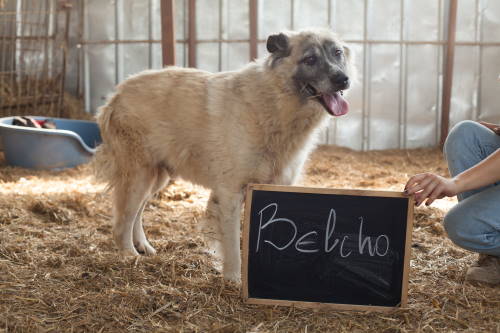 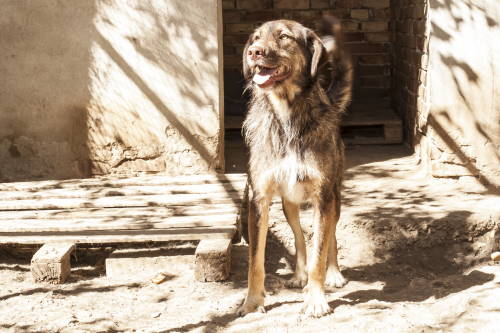 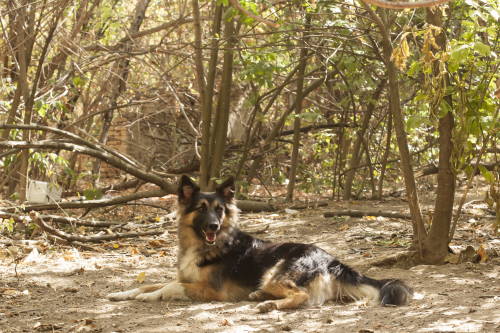 Our Own No Cage Shelters 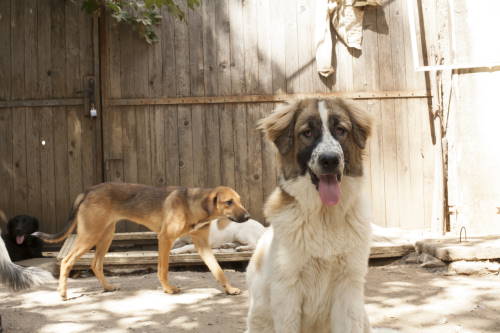 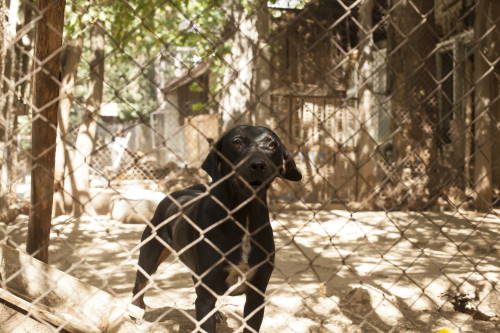 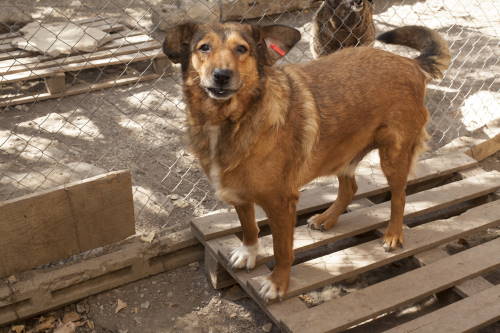 There are 3 shelter sites that Every Dog Matters currently sponsors or directly manages including Pernik and Veliki Preslav, plus one industrial estate where we care for hundreds of homeless dogs, Kremikovtsi.

For example, Veliki Preslav is a town of about 12,500 people and has just one – desperately underfunded – private animal shelter for that area. It is about 500 kilometers from the capital where WPX.net is headquartered.

The Veliki Preslav shelter has been run by one woman, Vania Dimova, for the last 10 years. She has worked every day of the week for years for basically no pay. The shelter currently holds about 120 dogs and 40 cats.

As the town is pretty hostile to homeless and shelter animals, she has endured a lot of abuse over many years to help vulnerable animals there. Local police generally have no interest whatsoever in enforcing animal cruelty laws against offenders or defending the shelter from troublemakers.

In 2019, the financial situation of the Veliki Preslav shelter became dire and shutting down seemed inevitable.

If the facility had been forced to close, the animals in the shelter would likely have been released on to the streets where most would probably die from a lack of sufficient food in an unfamiliar environment or be poisoned by the local animal-haters. When word of their situation reached WPX, Terry Kyle (WPX CEO) visited the shelter in April 2019 and committed to:

[a] fully funding all their ongoing costs of food, medical care and facilities improvement, and,
[b] building a completely new no-cage shelter outside the town in a 10-year partnership with the local council.

You can read about our commitment to no-cage animal shelters here.

Every Dog Matters has also funded the construction of a large new cat house in the Veliki Preslav shelter, separate from the normal shelter financing, a small side project for our cat pals there, in addition to a lot of general facilities fixups where many things were broken.

We have some awesome news about our project in Veliki Preslav.

From September 1, 2020, the German NGO, Streunernothilfe Grenzenlos overtook the re-homing of all animals at the private animal shelter in Veliki Preslav (managed by Ivanka Dimova for the last 12 years) and funded by Every Dog Matters during the last two years.

Streunernothilfe Grenzenlos will fund an ongoing castration campaign in Veliki Preslav which will help to reduce the stray population there. Its chairman, Ms. Barbara Ostmann, and her husband spent nearly two weeks in the shelter recently and the NGO started an immediate renovation, ordering new dog kennels and clearing adjacent land which will be used to enlarge the area for the dogs and turn it into a beautiful open cage shelter among the trees of a huge park.

Every Dog Matters will continue supporting the shelter as partners with the German NGO. Every Dog Matters has vaccinated, chipped and issued passports for all the animals so far and all have been dewormed and very few cases with ticks this year.

Dogs and cats living on the streets can get into serious, life-threatening trouble e.g. getting hit by cars, abandoned by uncaring owners, left on a chain on a construction site without food or water, poisoned, shot at or subject to other idiotic human cruelty.

In these situations, it is often Every Dog Matters that helps, when nobody else will.

It is partly why we are very active in dog and cat castrations – we believe that the best way to save a dog or cat from a terrible life is to prevent it from being born in the first place. An unwanted dog or cat can have a terrible and dangerous life (in a barbaric shelter or on the streets), something we want to eliminate as much as possible. 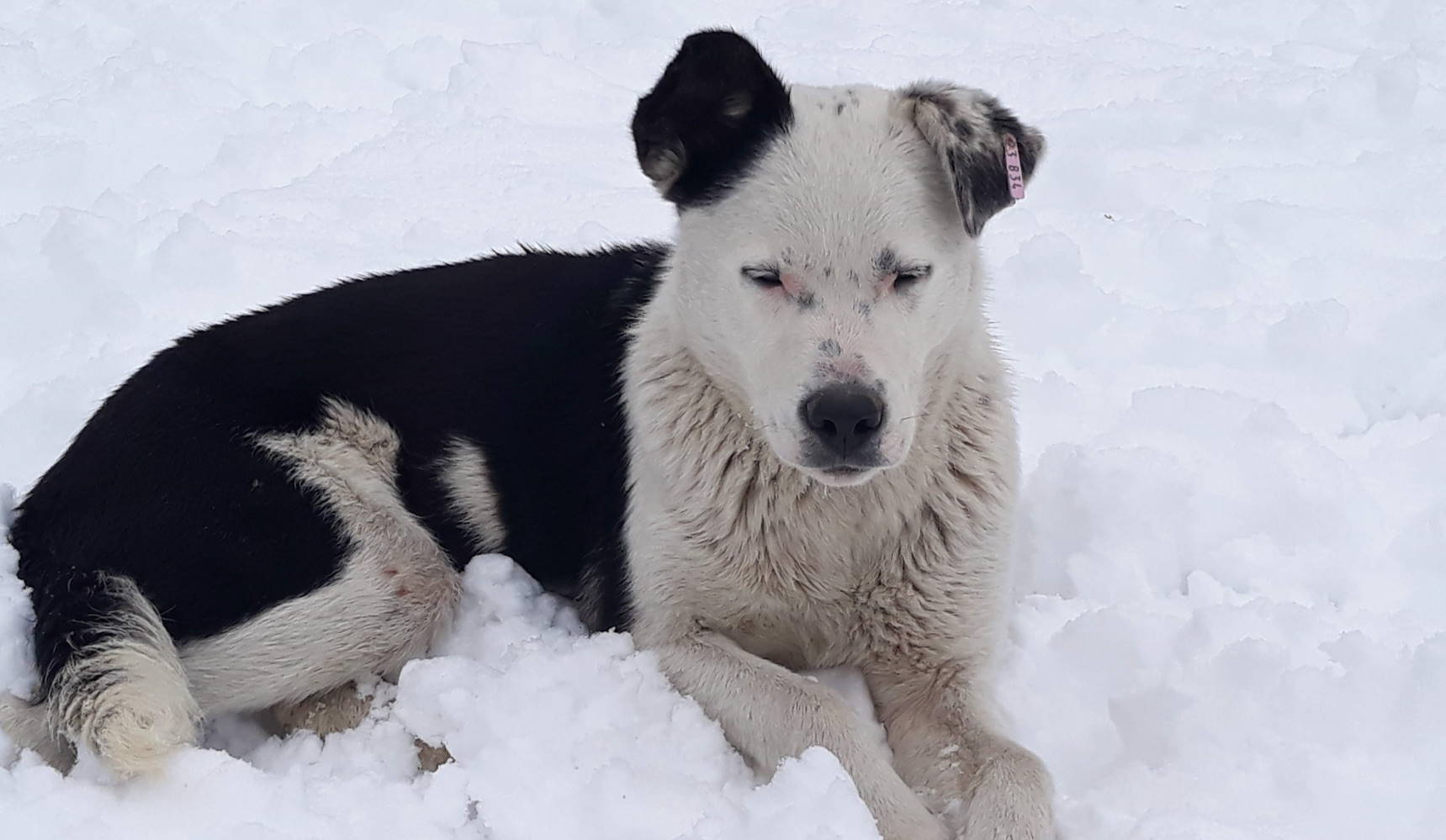 Finding loving forever homes for unwanted shelter or homeless dogs and cats – if they are socialised and likely to succeed in the right home environment – is a very high priority for Every Dog Matters.

With our tireless and heroic partners locally and in Germany and the Netherlands, we currently rehome about 1,000 dogs a year.

We want that number to be much higher BUT aggressive castration programs, education, legislation changes and enforcing existing animal welfare laws are also critical parts of permanently solving the large scale problem with unwanted animals in Eastern Europe.

When it comes to our own open, no-cage shelters, they are not intended to be permanent homes for our guest animals but if it turns out that they are with us for the rest of their life, it is still a great home for them, especially when compared with the alternatives for them.

The black and white dog above, Bobby, was a shelter dog dumped in Sofia’s largest park (they do that sometimes when overcrowded, even though it’s illegal).

The first day he appeared in South Park, Terry Kyle, the founder of Every Dog Matters, found him (fell hopelessly in love with him), took him to a clinic for a full medical checkup and vaccination.

Then, through our German connections, he was rehomed with a fantastic family there within 3 weeks of being found in South Park. 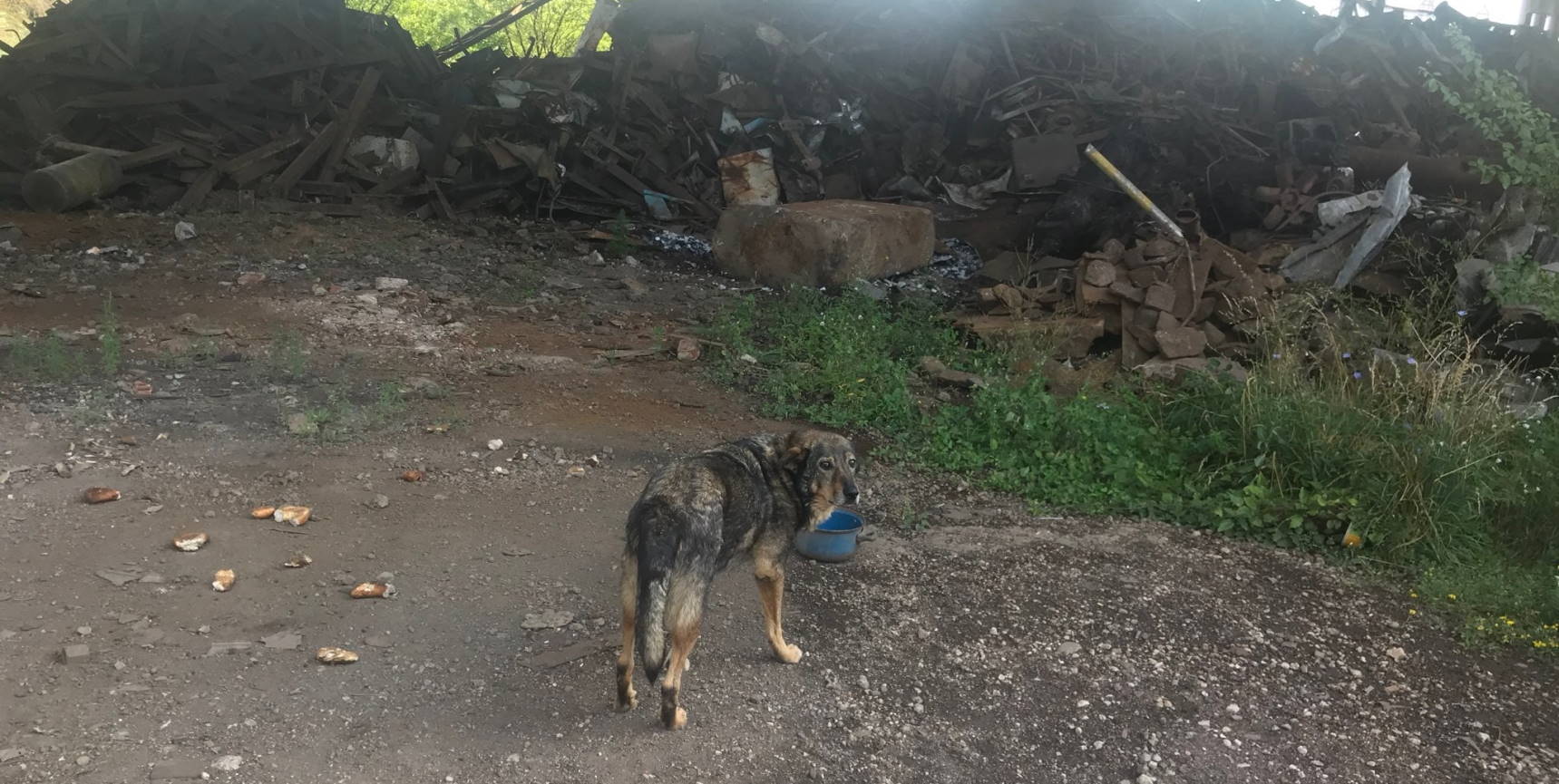 In November 2016, a local NGO (the Dana Foundation) dedicated to homeless dog welfare, approached Terry Kyle about an abandoned site near the capital where some 350+ homeless dogs live: Kremikovtsi, a 25 km2 Communist-era industrial wasteland.

Unlike a residential area where homeless dogs can survive on food from local people and trash, Kremikovtsi has no such ‘advantage’ for these dogs.

Due to a lack of funding at that time, Dana Foundation could only afford to feed the dogs twice a week and winter was approaching quickly.

In winter, stray dogs living on the streets need 25-30% more food to maintain body heat than they do in warmer months.

Terry immediately agreed to help and from that day onwards, WPX has been fully funding daily feeding for hundreds of dogs on this site.

In late 2019, Every Dog Matters took over direct control of feeding, castrating and the medical case management of homeless dogs at Kremikovtsi, including finding loving forever homes for many of them.

Despite growing up basically wild, many of these Kremikovtsi dogs are surprisingly friendly with people, well socialized and well behaved. 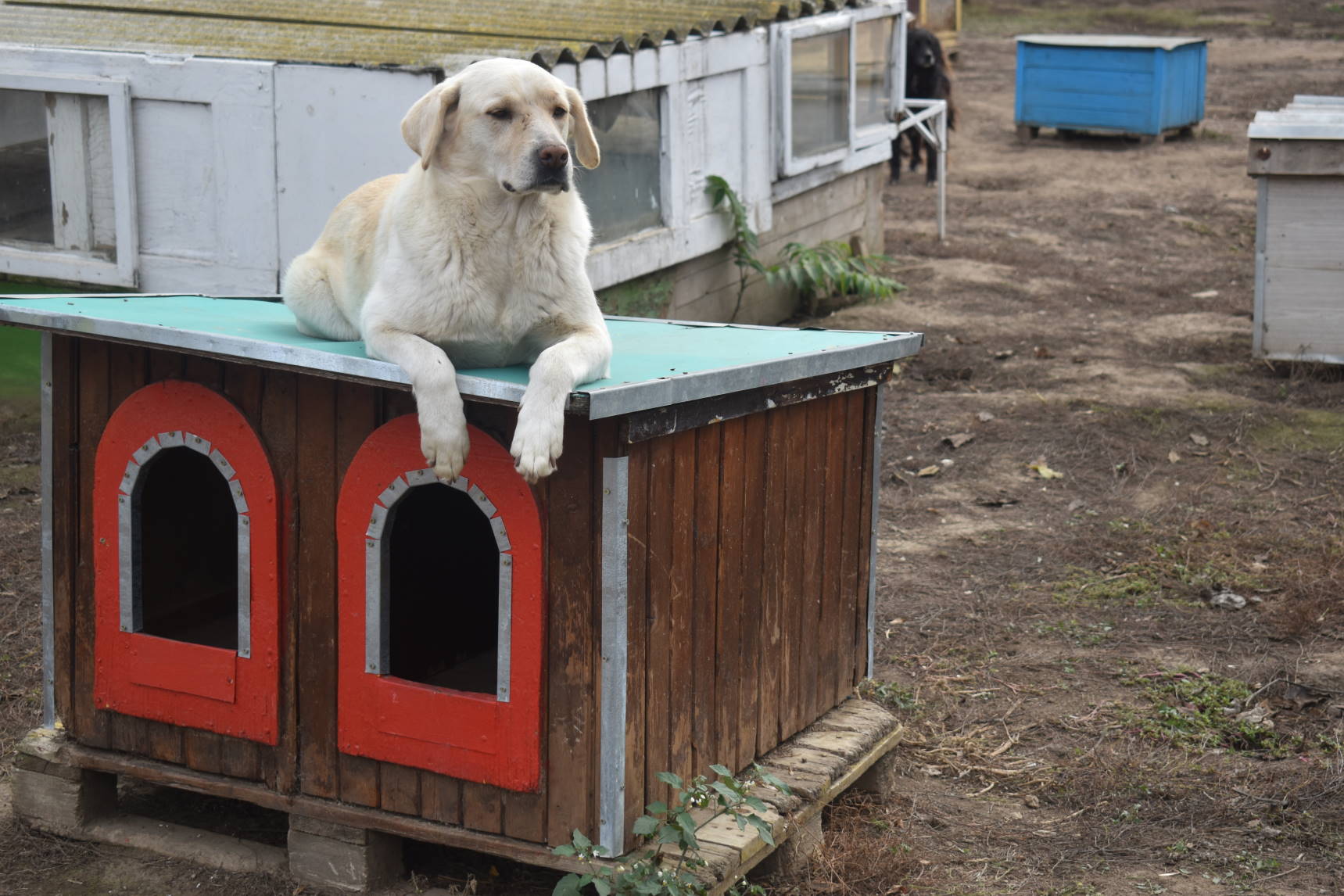 Though opinions can vary wildly, Terry Kyle’s view is that most dogs have a fundamental need for:

When a dog lives in a cage in a shelter, she/he is denied these fundamental needs for a healthy emotional and physical state.

Dogs living like this will often get very depressed, can become aggressive towards people and other dogs, are much more likely to get sick and are basically lifelong prisoners in solitary confinement.

However, it doesn’t have to be that way and through Every Dog Matters, WPX wants to contribute to the worldwide movement towards no-cage shelters where most of the above dog needs are met.

However important for the wellbeing of the dogs, a no-cage shelter is only one part of the equation and is not the intended final destination for most of these dogs. 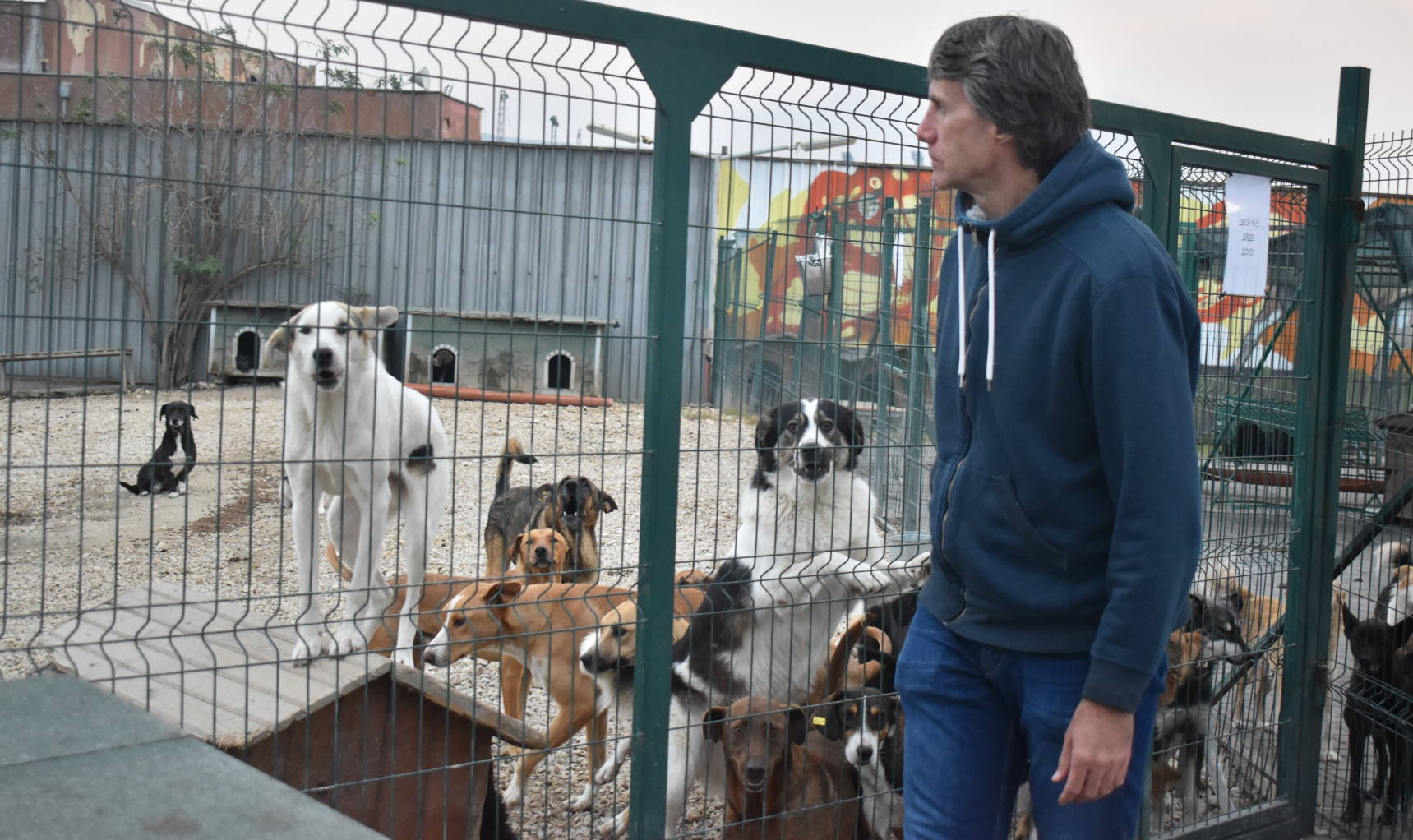 Unlike some Western countries where shelter dogs are quickly euthanized (is that really the best solution the human race that sends rockets to Mars can come up with?), that is illegal here and castration/neutering is the main way that homeless dog/cat numbers are managed.

But there’s a problem.

Most homeless dogs here have already been castrated through the work of the government and NGOs like Four Paws.

But many pets here are NOT castrated due to dumb widespread myths/beliefs like:

– castration takes away the spirit/soul of the animal
– female dogs will be healthier if they have one litter of pups and then get castrated (which is then rarely or never done)
– other male dogs will think my male dog is a female if he is castrated
– castration is expensive (clinics do it for free here)
– the government can’t tell me what to do (i.e. castrate my dog)

The result is that uncastrated pet dogs inevitably create many more puppies and then these irresponsible owners dump the unwanted puppies at the local, already-overcrowded shelter and let the shelter deal with the problem.

Even after dumping the unwanted puppies, these irresponsible owners still do NOT castrate their dogs!

At one shelter of about 400 dogs here last summer, the shelter staff arrived one July morning to find over 50 unwanted new puppies dumped at their gates.

And that was just one day!

Over the course of the warmer months, hundreds of unwanted puppies get continually dumped at shelters by pet owners whose uncastrated dogs keep producing more puppies.

Eastern Europe already has far too many homeless/shelter dogs and without an ongoing program of massive (free) neutering, the numbers will only rise. 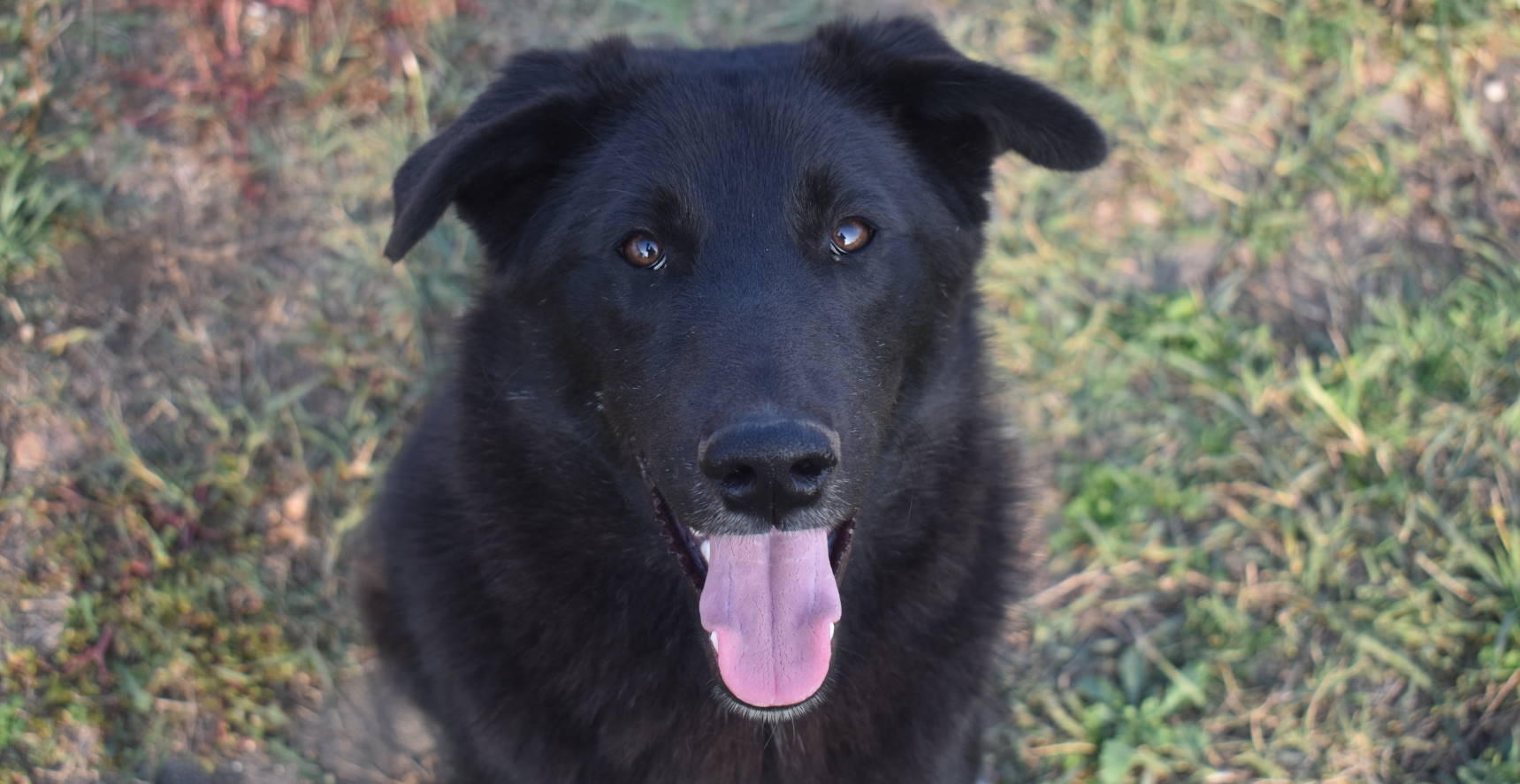 Part of the mission of Every Dog Matters is to consistently EDUCATE.

This education program is to encourage certain behaviours, like:

For example, the country’s largest dog shelter (Bogrov) here houses 1,600+ dogs and due to the large number of dogs, most dogs there are lucky to get just one 20-minute walk a month and extra play areas where they can briefly run around off-leash are crucial.

Built in November 2017 by WPX, the Bogrov shelter had to convert our newly constructed play areas (see above pic) to permanent dog accommodation in 2018 for the elderly dogs of the shelter i.e. they became the ‘retirement homes’ for the oldest dogs.

In a similar way, Slatina puppy shelter in Sofia is mainly for puppies though there are older dogs in this largely neglected facility.

In June and July 2019, the main builder for Every Dog Matters repaired many different parts of the facility including shading, fencing, broken rear steps and rubbish clearance.

Every Dog Matters has also added/replaced a lot of the facilities at our Veliki Preslav site, discussed above.

We are also currently renovating this 25,000 sq m site for an open, no-cage animal shelter, previously it was an abandoned dump site for decades – we should have the capacity for hundreds of dogs here, all without small cages: 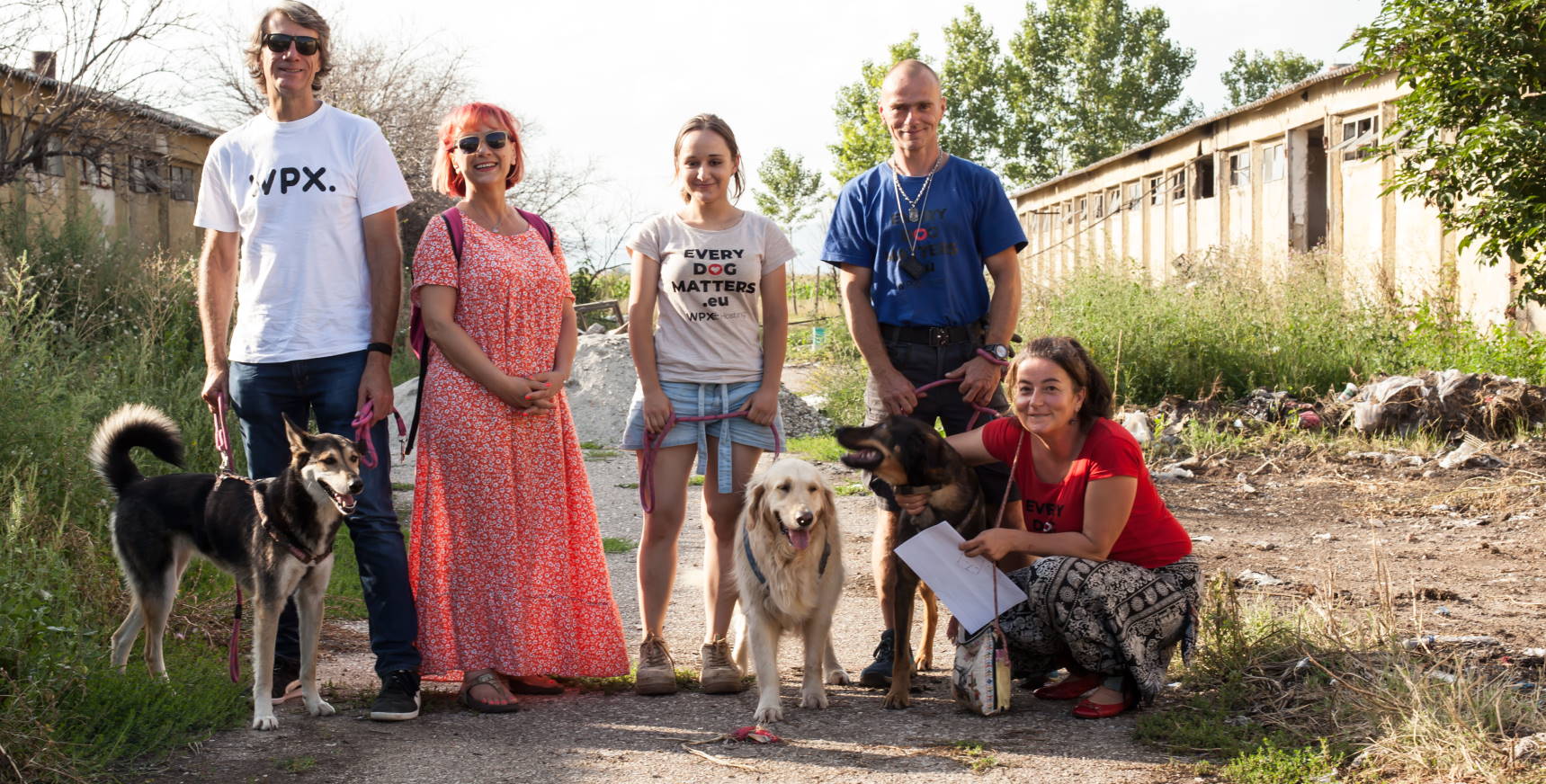